In cooperation with Sharon Dodua Otoo, Witnessed Series and Africavenir

In the early hours of 7 January 2005, Oury Jalloh, a man seeking asylum from Sierra Leone, was apprehended by German police authorities in Dessau and shackled by his hands and feet to the floor of a cell furnished with nothing other than a fireproof mattress. Several hours later a fire broke out in the holding facility. Police authorities neglected to respond to fire alarms in a timely manner, and Oury Jalloh was left to burn to death in his cell. Three years later two of the police officers on duty at the time of the incident were prosecuted on charges of wrongful death. The defense argued that Oury Jalloh had intentionally set himself alight with a cigarette lighter concealed in his clothing. After a trial lasting over fifty days, the police officers were acquitted of any wrongdoing.

The Initiative Oury Jalloh, an organization founded by friends and family of the deceased, appealed the verdict, insisting that the trial in Dessau had been mishandled. Five years to the day of Oury Jalloh’s death, the Federal Court of Justice in Karlsruhe overturned the verdict and re-opened the case against the police. This unprecedented decision brought urgent attention to the contentious triangle of asylum policy, racism, and police brutality in Germany and in the European Union as a whole.

The Most Unsatisfied Town by Amy Evans

Since his arrival in Germany as a refugee, Laurence has tried to do everything right, taking the kind of job no national would ever want and making friends with his neighbors, even the families of those who tease his children in school. He’s found the formula for survival, or so he thinks, until one day his closest friend mysteriously disappears. When the body turns up charred beyond recognition, a search for those responsible begins, forcing Laurence to take a closer look at the town he was so ready to call home.

Development of The Most Unsatisfied Town began in September 2009 at the ICI Berlin Institute of Cultural Inquiry and involved direct contact with activists working on the case, including Carl von Ossietzky award recipient Mouctar Bah and Yonas Endrias, Vice President of the Internationale Liga für Menschenrechte. A rough draft of the script was presented to the public in December 2009 at an open workshop hosted by the ICI Berlin, where audience members were encouraged to share their feedback on the work-in-progress. A revised draft of the play incorporating that feedback was presented to the public as a staged reading in April 2010. The script will be published in 2015 by Edition Assemblage as part of Witnessed, a series of new books chronicling the Black experience in Germany.

Amy Evans (playwright) is a New York-based playwright whose work explores the impact of borders, loss and movement on the human spirit. Amy began writing for the stage full-time following the premiere of her award-winning first play, Achidi J’s Final Hours, at the Finborough Theatre in London in 2004. Other plays include Many Men’s Wife (Tricycle Theatre), The Next Question (HB Playwrights Foundation), Unstoned (Soho Theatre), The Big Nickel (Soho Theatre) and The Champion, a new play inspired by the life of Nina Simone. She is an alumnus of the Institute of Cultural Inquiry Kulturlabor in Berlin, Hedgebrook Women Writers’ Residency, BRICStudio Performing Arts Residency and the Tricycle Theatre Writers’ Group. Amy’s plays and poetry have appeared in several publications, including Velocity: The Best of Apples and Snakes performance poetry anthology (Black Spring Press, 2003); Mythen, Masken, Subjekte: Kritische Weißseinforschung in Deutschland (Unrast, 2005), a multi-disciplinary publication on critical whiteness studies in Germany; and How Long Is Never? (Josef Weinberger, 2007), a collection of short plays written in response to the crisis in Darfur. She holds an MA in Theatre Arts from Goldsmiths College.

Sharon Dodua Otoo (Project Coordinator, Limited to You) is a Black British mother, activist, author and editor of the book series Witnessed. She co-edited the first publication of the series The Little Book of Big Visions. How to be an Artist and Revolutionise the World with Berlin-based curator Sandrine Micossé-Aikins (edition assemblage, 2012). Sharon’s first novella the things i am thinking while smiling politely was published in February 2012 (edition assemblage). The German language translation die dinge, die ich denke, während ich höflich lächle, appeared in October 2013. Her latest novella Synchronicity (in German) appeared in August 2014 and will be published in English at the end of 2015. She lives, laughs and works in Berlin.

This installation and performance constitute the sixth stage of the trans-European project The City Ghettos of Today: Exploring the Memory and Present Day Reality of Migrant Communities in European Cities.

At the heart of the project The City Ghettos of Today is a desire to redefine and reexamine the concept “ghetto” in the context of today’s closed migrant districts. Through artistic creation and sociological research, we aim to create a space in which to examine and discuss the multiple stories emanating from Europe’s migrant “ghettos”. How do we talk about “ghettos” today? Is it possible – and even necessary – to redefine the word in a manner that more accurately reflects the multiple realities that constitute our contemporary urban landscapes? What role do “ghettos” play in constructing a European identity? What factors contribute to phenomena of “ghettoization” in contemporary Europe? What are the dynamics that contribute to the implantation of migrant communities throughout Europe today and how do they connect to the collective memory of Europe’s past?

The City Ghettos of Today entails a series of workshops open to local communities in different European cities – Warsaw, Paris, Bologna, Milan, Helsinki, Berlin and Antwerp. Run by artists and cultural actors, each workshop installment will conclude with an art installation and public debate on the project’s themes in each of the cities listed above. This European collaboration will conclude in Warsaw in December 2014 with a large-scale installation-performance and debate that will bring together materials culled from each of the participating city workshops. The project unites artists, cultural actors, academics and social workers in order to explore the broad themes of “ghetto” and “migration districts” in participating European cities. The City Ghettos of Today reflects the interdisciplinary dimension of the Strefa WolnoSlowa foundation, which combines academic and theoretical methodologies with practices of artistic and cultural creation. Through artistic reflection and intellectual research, this collaborative project seeks to unravel the complex and problematical theme of “migrant ghettos” in contemporary Europe, paying particular attention to various definitions and visions of ghettos within the contexts of Warsaw, Paris, Bologna, Milan, Helsinki, Berlin and Antwerp.

The City Ghettos of Today in Berlin: Uninhabited Island

Uninhabited Island situates The City Ghettos of Today in the Berlin site-specific context of a rapidly changing city, from the “Cinderella” of European capitals back in the 1990s to the present “place to be”. The focus will be placed on the urban and social changes which are currently affecting the city, such as gentrification and the resulting displacement of low-income inhabitants, often including those with a “migration background”. Former immigrant and poor districts often associated with the idea of “ghetto”, like Kreuzberg or Neukölln, have received unprecedented hype and developed into magnets for tourists and real estate investors during the last five years.

Over the course of this, these districts, once the furthest limits of West Berlin and now central districts in the reunified German capital, have been increasingly populated by a new wave of immigrants. These newcomers, primarily from comparatively rich Western countries, active in the creative industries and often using English, not German, as a working language stand in stark contrast both to the pre-war German residents of Kreuzberg and Neukölln as well as the first wave of post-war immigrants, coming primarily from Turkey through a guest worker program established by West Berlin.

How do these distinct groups see themselves today? How do they see each other? Can they even communicate? 25 years after the Fall of the Wall, Berlin is still an island. An island full of existing inhabitants and constantly arriving new inhabitants. An island whose international glamorization and hyping in recent years have radically transformed living conditions in these previously impoverished, primarily migrant districts in the form of unsustainably increasing rental costs. An island that everyone wants to obtain or defend a piece of. The “struggle” for the island will be examined with representatives from these various groups through laboratories and workshops.

Beginning on November 4, the international artistic team of The City Ghettos of Today from Poland, Italy, Finland and France together with the local partners English Theatre Berlin | International Performing Arts and OnElf Theater and Performance Collective will invite an heterogeneous group of participants based in Berlin, old and new Berliners, from Germany and from beyond, to work and reflect on the changing living and social conditions in the city. Starting from the stories and biography of the participants as a representative “sample” of contemporary Berliners and in a provocative relation with one another, a collective, controversial and complex portrait of the city will be created and strategies and desires for a common future will be rehearsed.

The results of this collective undertaking will be presented on Thursday, November 13 at 8:00 pm at English Theatre Berlin | International Performing Arts Center.

Moderated by sociologist Baris Ulker of Technical University Berlin, Center for Metropolitan Studies, artists, activists and academics will discuss Berlin, gentrification, social and urban change as well as the role of the artist as both catalyst of gentrification and as producer of alternative spaces and counter narratives of the urban and social environment.

Admission to all events is free of charge. 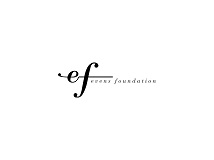 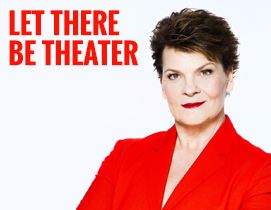