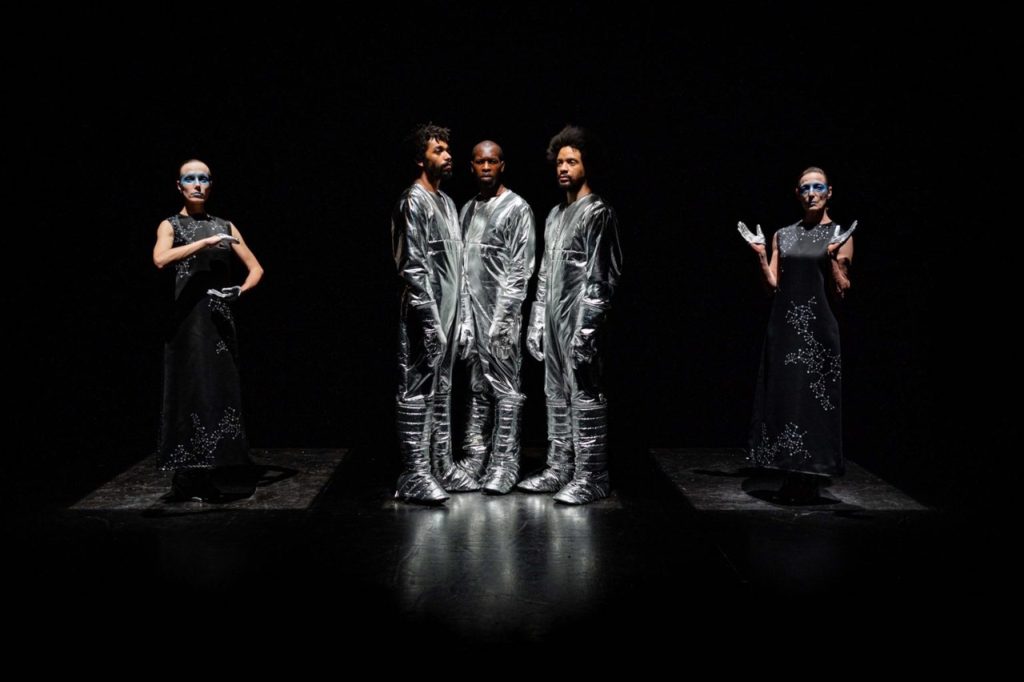 There are currently a noticeably large number of authors who write multilingual plays and receive recognition for it. For example, Sivan Ben Yishai’s multilingual play Wounds Are Forever (Selbstportrait als Nationaldichterin) won the most important prize for contemporary drama in German, the Mülheim Drama Prize, in 2022. But what path do multilingual texts take in a theater culture traditionally focused on German as the dominant written and literary language? Can multilingual writing change the theatrical and literary canon? What does the increasing collaboration of translators on original multilingual texts mean for the notion of a “German-language theater”? How does the concept of multilingualism relate to the concept of diversity?

In our panel discussion, we will talk with the playwrights, translators and theater makers Elise Wilk, Ian De Toffoli and Thomas Perle about the significance of multilingual theater texts in contemporary theater. Together, we will take a look to the future, asking what new forms of writing for theater might emerge from a multilingual production and performance practice and, conversely, how multilingual plays, not written for a particular production in a particular venue, anticipate a transformation of theater yet to come. We consider what role translators will play in multilingual theater practice and writing and discuss the possibility of a translatory turn in theater studies. We will ask about the significance of multilingual drama in countries such as Luxembourg and Romania. Together, we will draw a differentiated picture of multilingual writing for the stage as a political strategy and aesthetic process.

The discussion will alternate with short staged readings of new multilingual plays. In this way, we will demonstrate the potential multilingual writing is already unlocking now and how it can develop in future.

Please note that this event will take place in German