Hi Absalon,
in the cell,
in Tokyo or Paris?
you scream (at me)
I scream (at you)
we stay apart
we, meaning you
meaning gone
too
fast

With This Gentle Moment, I am creating a duet film for two performers built on the materialization and physicalization of encounters around queer lived experiences. In directing my attention to the HIV/AIDS epidemic, I want to set off on a choreographic reflection on living in and with a pandemic at a time when our society as a whole has been gripped by one anew.

This Gentle Moment is the first of a series of three works that are inspired by visual artists who passed away from HIV/AIDS. As a choreographer, I am negotiating the essence of their artwork from the perspective of contemporary dance. This Gentle Moment is a homage to Meir Eshel Absalon’s work Proposal for a Habitat. We built and inhabited spaces in which we ask for the relationship between queer (social) bodies and places to experiment with isolation and its resonance. (Nitsan Margaliot)

This Gentle Moment is supported by the NATIONAL PERFORMANCE NETWORK – STEPPING OUT, funded by the Federal Government Commissioner for Culture and Media within the framework of the initiative NEUSTART KULTUR. Assistance Program for Dance. 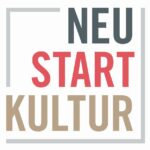 Daniel Fish has long been interested in film – as a textual resource/referent (the screenplay), an element of his stagecraft (the screen) and a structural challenge to his dramaturgy (the “language” of cinema vs. the “language” of the theater). Recently, he made his first serious turn to filmmaking, with the hour-long The Dollar General, a funny, quiet, cinematographically deadpan meditation on economics, crisis, loss and change, shot in an abandoned Ford dealership.

That is, it’s a movie about America right now. It’s a beautiful movie, profoundly affecting in its visual rusticity, and its haunting final scene – the final shot, especially – numbers among the most memorable committed to film in this country in recent years.

For roughly the last twenty years, Daniel Fish has been making innovative work for theater, opera and more recently, film. His heterodox theatrical vision traffics in the unlikeliest of aesthetic combinations – revolutionizing revered dramatic classics (Shakespeare, Moliere, Odets, Benjamin Britten, Rodgers and Hammerstein), or else finding theater where none was intended, as in the labyrinthine writings of the late David Foster Wallace with A (radically condensed and expanded) Supposedly Fun Thing I’ll Never Do Again (The Chocolate Factory and ArtsEmerson’s TNT Festival) and Jonathan Franzen with House For Sale. Fish’s work is at once conceptually rigorous and theatrical lavish, and it is this rare conjunction that gives his work its singular flavor.

A contemporary ghost story that explores our fears around mortality, sexuality and the terrifying sense of responsibility that comes with having children.

A visual masterpiece of contemporary British theatre – in Germany for the first time, exclusively at English Theatre Berlin

Hotel Methuselah is  In a stunning homage to post-war British cinema and the French Nouvelle Vague, imitating the dog create a unique and disturbingly immersive experience for the audience.

Telling the story of night porter Harry’s search to uncover the forgotten truth of his past, Hotel Methuselah is a searing tale of the destructive power of love and the hell of personal disintegration. Fusing spectacular live action and video projection, this is stylish, cutting edge visual performance that places narrative, emotion and wit at its core.

“…unlike any other piece of theatre you’re likely to have experienced before…intriguing, a successful narrative experiment and a piece of art in its own right.” Yorkshire Evening Post