We Just Moved You is a new documentary play about moving in Berlin – from WG Zimmer to WG Zimmer, from relationship to relationship, from studying to working (maybe), from job to job (if you can get your hands on one) – and the families-by-choice we cobble together to help us get through it all.

Director Sylvia Avery is from New Zealand, where she studied theater, politics and teaching before moving to Berlin to learn German. Her last theater project was stage managing #Instalove, an interactive show staged at English Theater Berlin | International Performing Arts Center in 2017.

Born and raised in LA la land, assistant director Shaleah Dawnyel’s love for collaborative theater was bred on musical theater stages and doing sketch comedy in Hollywood. A classic artistic “slasher” she escaped the City of Angels in 2009 to begin a torrid love affair with Berlin. Thrilled to be part of the team, when asked if we could make expat theater great again, Shaleah replied: yes we can!

Composer Andrew Fox’s theatrical orchestrations include Twisted, Hansel and Gretel, and Foreverman (Winner 2012 NYMF Awards for Excellence, Outstanding Orchestration). He has produced several recordings, including the cast recordings for Twisted and Hansel and Gretel, the pop EP Twisted: Twisted, and Night Off by Tha Los. Andrew is a co-founder of Nvak , which brings popular music education and opportunities to students in countries facing social, political, and economic hardship. He is a founding faculty member and curriculum designer for the Contemporary Vocals program at AMDA and a voice instructor at the American Musical Theater Academy. Andrew wrote the music for the children’s musical Caveman 2.0, which will see its New York area premiere in Spring of 2018. Andrew is a member of the BMI Musical Theater Songwriting workshop and a graduate of SUNY Purchase’s Studio Composition program.

Production designer Marcella Gersh is a German-American material culture nerd. After completing her thesis in sustainable design at Hampshire College, she built furniture, produced daytime talk shows, assisted designers for theater and advertising, and worked on indie film projects. A sometimes overly passionate student of the meaning and substance of the visuals in narrative media, Marcella has relished the opportunity to develop this wonderful script through each character’s accessory and every little prop on stage. This is Marcella’s first play as principal designer.

Cast member Steve Greenfield is a true third culture kid and self-described “child of the global village.” Steve has been acting for more than 10 years, initially working with the murder mystery company Mystery Inc. He has also played at several interactive cult cinema events with the team at Screenage Kicks, highlights featuring a performance as the iconic musician Prince in Purple Rain. Aside from his live-action work based in Newcastle, UK, Steve has appeared on film in the web-based series Try Life, a horror anthology called Grindsploitation, The Movie, and as the lead in a vignette for the recent short film Rules of Engagement.

After having graduated with a degree in linguistics and literature, cast member Carolin Kipka started her acting studies at the Mainfranken Theater Würzburg under the direction of Bernhard Stengele (2009-2012). In the summer of 2012, she moved to Berlin and started working as a freelance actress and acting coach. In 2016 she finished an international acting programme that took place in Germany, Belgium, Switzerland, Croatia, Denmark, and Turkey. As an actress she has performed at ufa-Fabrik Berlin, Theater Leverkusen, Performing Arts Festival Berlin, Stadttheater Gießen, and Bühne 602 Rostock.

Cast member Rose Warner Miles grew up in New York City and has loved theater since the moment she first heard the song “Anything You Can Do (I Can Do Better)”. She studied literature & psychology in the US, and after receiving her Bachelor’s degree in 2017 she moved to Berlin to write poetry and to practice her German. She was deeply involved with the student theater community in college, and credits include Water by the Spoonful (direction) and Fefu & Her Friends  (Christina). We Just Moved You is her first professional production and she is thrilled to be a part of this talented ensemble. Many experiences discussed in We Just Moved You resonate deeply with Rose, and if anyone has an available room to rent in their WG, please let her know.

Cast member Joseph Raisi-Varzaneh graduated from the Royal Academy Of Dramatic Art in London (BA Acting program) in 2014. Productions at RADA include Mercury Fur, The Witch of Edmonton and Punk Rock. Prior to acting, Joseph trained in London and Mexico City in classical ballet and danced with English National Ballet. He has also performed in opera, including Terry Gilliam’s Damnation of Faust and as the Prince of Persia in Rupert Goold’s Turandot, both for ENO London Coliseum. Last year Joseph wrote his first full-length play, Sharks In A Paddling Pool, which was included in the 2017 RADA Festival. He is now working on his second full-length play. Further credits include Marnie for ENO, Cut Throat Camden Fringe, Glyndebourne Opera, Paramount/Plan B World War Z, and The Boy Dressed in Violins at Camden Peoples Theatre.

Raised across the globe in an ever-changing international setting, dramaturg and movement director Dineke Rieske went on to study history, culture, and philosophy during her BA at Amsterdam University College (with an exchange focused on theater and performance at UNSW in Sydney). She then continued studying theater for her MA at Utrecht University. Apart from her academic education, she has a year of dance training at Broadway Dance Center in New York under her belt. She has worked on shows in various capacities: both on stage as a performer and behind the scenes as (assistant) director, choreographer, and dramaturg.

Cast member Yael Rozanes is an actress, improviser and stand-up comedian from Ramat-Gan, Israel. Yael attended The L&L Goodman Theatre and Acting School of the Negev in Beer Sheva (2012-2015) after deciding to turn her ability to make stupid faces in front of the mirror into a career. She has performed in various improv shows, as a street performer, and in children’s and fringe plays, taught theater to kids and adults, and established her stand-up routine at Anna lou-lou Bar in Tel Aviv. She currently resides in Berlin, where she is a tour guide and a member of the “Ladies and Gentleman“ improv group.

Producer and playwright Alissa Rubinstein is a Los Angeles native who has been based in Berlin since 2012. Over the years she has worked as a playwright, translator, theater educator, literary manager, dramaturg, theater and film critic and stage manager in the United States, Germany, and Switzerland.  Her last play, The 614th Commandment, sold out its one-night run at the 2016 Expat Expo | Immigrant Invasion Festival at ETB | IPAC. She holds a BA in theater and German with a focus on dramatic literature and criticism, translation, and playwriting from Tufts University and an MA in public history with a focus on documentary theater from Freie Universität Berlin.

Cast member Lydia Shoup studied theater at Savannah College of Art and Design in Georgia and literature at Queen Mary University in London. When she’s not writing a novel she likes to fancy she’s a heroine in one by Henry James.

A documentary theater examination of American-Jewish notions of Germany

The 614th Commandment is a darkly funny play in which two actors embodying multiple characters examine both the role of Holocaust history in contemporary Jewish identity and American- Jewish perspectives regarding Germany in the
21st century, all through a critical, absurdist lens.

It is based on over 100 interviews conducted with Jewish people of a variety of backgrounds in Los Angeles, California, and was inspired by the writer’s experiences as an American Jewish woman living in Berlin. 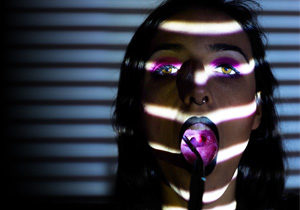 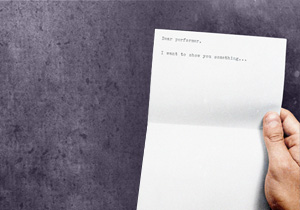