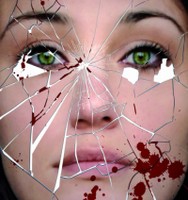 Having come home to visit her mother who has been placed in a nursing home, Diane, now a well-known writer, is being interviewed for the local newspaper. Her remarks are an answer to questions such as where she gets the ideas for her stories, whether her youth in Mountain Grove influenced her work and why she decided to leave home. At first obliging and matter-of-fact, Diane gradually reveals more than her interviewer might have bargained for a childhood marred by the loss of her father and her mother´s coldness; the promiscuity which she was driven to in search of the love and concern which were denied her at home; and, most devastating of all, the molestation by her stepfather which shaped her character indelibly – and led to the harrowing event which she describes at the end.

To the world at large Diane is someone who has shaken off the dust of Mountain Grove and has gone on to bigger and better things. To herself, however, it is painfully clear that what she is is what her earlier life ordained – because no one ever really leaves the place from which they came.

Lanford Wilson, born 1937 in Missouri, is one of America´s most courageous and innovative playwrights and is considered one of the founders of the Off-Off-Broadway movement starting out in the gay community in New York´s Greenwich Village. He has written numerous plays, and in 1980 received the Pulitzer Prize for Drama for Talley´s Folly.

Natalia Maskevich was born in Russia and moved with her family to Brussels, Belgium where she studied dramatic arts at the Conservatoire Royal. Throughout her international career in film, TV and theater she has performed in four different languages. In 2004 she moved to Paris starring in the TV series Plus Belle La Vie. She has since worked on many theatre pieces.

with 2 additional performances until Dec 6, 2009