‹The Mooonshot Tape‹ Next production
The Goat, or Who is Sylvia?›Previous production › 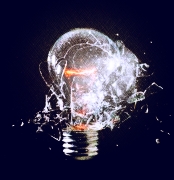 War meets art in this intimate parable. A painter immerses herself in the creation of a real experience with the perfect image. But in K., a Middle Eastern city, the real images outshine and overshadow everything. She is shaken by the experiences of the effects of war, violence and poverty, impossible to depict. Now, forced to confront her lifelong beliefs in the value of art, she also questions how to deal with her position in the world today.

Lucy Ellinson was nominated for BEST SOLO PERFORMANCE at the 2009 Edinburgh Festival Fringe for Land Without Words.

Written with an astonishing sense of immediacy and the dry wit of someone being thrown into an unknown world, this is a powerful piece of poetic realism from one of Europe’s most original, prolific and challenging voices.