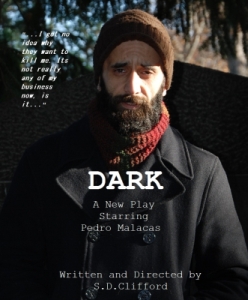 Here is Terry, an obsessive-compulsive depressive with a fear of light. In order to cope with the terror of everyday living he forces himself to remain in an almost constant self-induced psychosis, maintaining only impersonal superficial relationships with inanimate objects like his boots and radio.

Terry´s world comes crashing down when out of the blue he is informed that he is to be executed with immediate effect. He is also given the task of organizing it himself. This includes the execution, the funeral and the payment of his outstanding debts.

But there is nothing to fear. There never has been.

with 9 additional performances until Sept 15, 2012