If you pinned me against a wall, I’d probably admit to being a liberal. Of course, pinning me against a wall is exactly what I’d expect from someone like you. A show about the gulfs we can’t talk across, and about the way we choose to see only the evidence that proves we’re right.

With an election looming and new voices appearing in mainstream UK politics, Chris Thorpe and The TEAM Artistic Director Rachel Chavkin examine the phenomenon of confirmation bias through an honorable dialogue, real and imagined, with political extremism. To find out how we believe what we believe and how we can end up so far apart.

“Rachel Chavkin’s fast-moving, kinetic production offers us an absolutely compelling performance from a man who is fast becoming one of the most powerful performers in the UK” – The Scotsman

Watch the trailer on Vimeo:

Chris is a writer and performer from Manchester. He is a founder member of Unlimited Theatre and also an artistic associate of Third Angel. He is making a cycle of solo pieces and continues to collaborate with companies like Slung Low, Forest Fringe, RashDash and Soup Collective, with whom he wrote and recorded the piece The Bomb On Mutannabbi Street Is Still Exploding, which has been permanently installed at the Imperial War Museum North. Chris’s plays have been produced worldwide and he has toured with Unlimited and Third Angel in Europe, Africa, Asia and the USA.

Recent projects include a trilogy of plays, Overdrama, House/Garden and Dead End for Portuguese company mala voadora, which continue to tour in Europe. He is also still touring in Third Angel’s show What I Heard About The World, recently to Poland, Brazil, Germany and Lebanon. He worked with poet Hannah Jane Walker in 2010 to make her solo show, This Is Just To Say. Hannah and Chris then worked together again to create The Oh Fuck Moment, which won a Fringe First at Edinburgh Fringe 2011. Their show, I Wish I Was Lonely, is still on the road. He also plays guitar in Lucy Ellinson’s political extreme noise project TORYCORE.

As a playwright, Chris recently worked with Hannah Jane Walker on a commission for The Unicorn Theatre in London, and revived his hit show, There Has Possibly Been An Incident, at the Stückemarkt in Berlin (following an invitation from playwright Simon Stephens). He also wrote Northern Stage’s Christmas Show, Dark Woods, Deep Snow in 2013. Chris is currently writing a new show for the Royal Court Theatre and a new project for the Unicorn Theatre as well as continuing work with Manchester’s Royal Exchange Theatre.

Rachel is a Brooklyn-based director/dramaturg/writer, and the Artistic Director of collaborative ensemble the TEAM. Founded in 2004, the TEAM makes new work about the experience of living in America today, and aims to keep the brain, eyes, and heart of the audience constantly stimulated. Four time winners of the Fringe First, winner of the 2011 Herald Angel, the 2011 EIF Fringe Prize, and ranked Best of 2013 on three continents, the TEAM’s work includes Mission Drift, a new musical composed by Heather Christian that travels through 400 years of history in pursuit of the soul of American capitalism, and RoosevElvis, the story of a surreal road trip from the Badlands to Graceland. The TEAM has been presented at or received commissions from organizations all over New York (including the Public Theater, PS122, and the Bushwick Starr), nationally (including the Walker Art Center and the A.R.T.), internationally (including London’s National Theatre, the National Theatre of Scotland, the Barbican Centre, the Almeida Theatre, the Traverse Theatre, international festivals in Perth and Hong Kong, and the Salzburg Festival’s Young Directors Program). 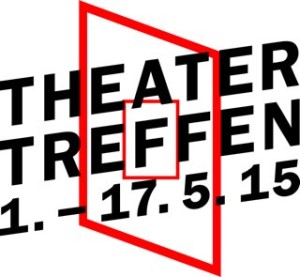 Written and performed by Chris Thorpe

Featuring a post-performance discussion with Chris Thorpe on Thursday, May 14