‹till someone sneezes‹ Next production
I, Ca$$ie… or The End of Days›Previous production › 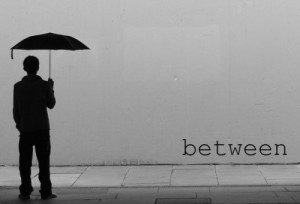 Lost somewhere between love and lust – a man, a boy, a couple, a teacher and his student .

When is sex exciting, slightly naughty, arousing and playful?
How does sex suddenly turn into a ritual, an act, a sacrifice… into emotional pain form which there is no coming back? An emotional dead end from which a relationship is hard pressed to return from.
Three separate, yet suggestively interlinked, stories explore how love can transcend sexual boundaries and what happens when the love disappears and the loss becomes acute. 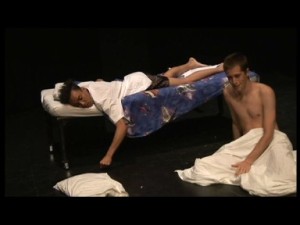 Between has been nominated for two prizes at the 2012 Dublin Gay Theatre Festival: The Oscar Wilde Award for Best writing (Oskar Brown) and The Micheal Mac Liammoir Award for Best Male Performance (Nick Campbell)

Farewell! thou art too dear for my possessing,
And like enough thou know’st thy estimate,
Thus have I had thee, as a dream doth flatter,
In sleep a king, but waking no such matter.

with four additional performances until June 2, 2012

with Oskar Brown and Nicholas Campbell