A revealed identity leads to an impossible decision. 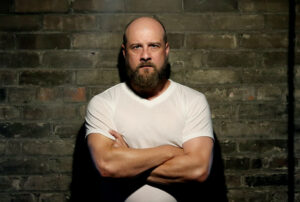 Journalist Alice Kennings grapples with how to act after uncovering the identity of an alt-right podcast host calling for violence against the media.

Based on real events, White Heat is a play about all the things we justify to ourselves.

“In White Heat, Isador explores the continuum between trolls who target writers on the internet – especially women and people of colour – and true-life terror, such as the mass shooting at The Capital newspaper in Maryland in 2018 that left five journalists dead.”  The Globe and Mail

Graham Isador is a writer based in Toronto. Best known for his time as a host and editor with VICE, Isador’s writing has appeared in GQ, Men’s Health, and The Globe and Mail. He is the author of several plays including Situational Anarchy and TRUCK.