THE US EMBASSY LITERATURE SERIES:
Michael Lederer reads from his upcoming novel Cadaqués. 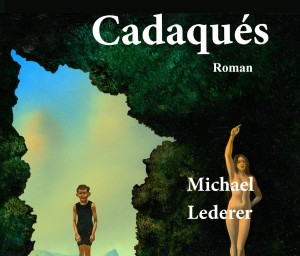 Cal is an American writer who drinks more than he writes.  Layla is a beautiful young English woman interested in literature.  One can be too careful in life, or one can be too wild.  Where is the line?  In this small fishing village near the Spanish / French border, where once lived Salvador Dali, Marcel Duchamp, Man Ray, Picasso, and other greats, a new generation of artists and writers continue in those decadent footsteps.  As one character puts it, “No Lost Generation here, darling.  This is Cadaqués.  We are finding ourselves!”

Michael Lederer is an American novelist, short story writer, poet and playwright currently living in Berlin, Germany. He is also the Founder and Artistic Director of the Dubrovnik Shakespeare Festival in Dubrovnik, Croatia. In 1984-85, Lederer wrote his first novel, Nothing Lasts Forever Anymore, while living in La Herradura, a fishing village in southern Spain. The story of a family that must decide whether to sell their small farm to real estate developers was published in 1999 in Barcelona and Cadaqués by a small publishing house called Parsifal Ediciones as Ya Nada Dura Eternamente. In 2001, the Catalan writer David Marti, reviewing the book in the French literary journal “Remanences,” wrote “No one as yet has been able, like Michael Lederer, to engender the calmness of our life and dreams on the shores of the frail yet powerful Mediterranean Sea.” In March 2013, a revised edition of Nothing Lasts Forever Anymore (Nichts ist mehr für die Ewigkeit) was published in both English and German by PalmArt Press in Berlin and presented at the Leipzig Book Fair. The Great Game. Berlin-Warsaw Express and Other Stories, a collection of short stories and sonnets, was published in Berlin in 2012 by PalmArt Press in both English and German. Michael is currently working on a new novel, The Land, to be published in the fall of 2014. Die Welt has called him “among the great American writers.”

English Theatre Berlin in cooperation with the US Embassy and PalmArtPress