Three additional performances of the best science comedy out there! 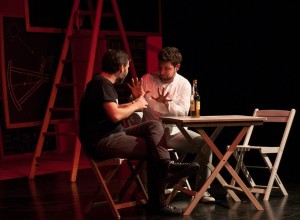 Isaac Newton wants to become a member of the Royal Society. Robert Hooke wants to know what Newton knows. Catherine wants to have a family. The guy with the plague wants to stay alive. They conduct a risky experiment.

Afterwards, Newton doesn’t know any more than before but Hooke gets his sex diary back, Catherine’s skepticism is stronger than ever and the guy with the plague is dead.

Isaac’s Eye mixes the facts of Isaac Newton’s life with an equal dose of fiction to explore what great people are willing to sacrifice to become great people.

It puts the history of science onstage, juxtaposing historical characters and facts with our 21st century based projection of them.

“I tend to write plays about people who are trying to do something that is impossible or nearly impossible. I’m interested in people who are trying to accomplish things that very few people will ever accomplish. … Huge ambition brings with it aspects of wonder, high stakes, and danger. But even more interesting than that, when you combine enormous ambitions with the small conflicts we experience everyday, the ordinary becomes illuminated. There’s a Virginia Woolf quote that I like very much: The paraphernalia of reality have at certain moments to become the veil through which we see infinity. We are neither roused nor puzzled; we do not have to ask ourselves, What does this mean? We feel simply that the thing we are looking at is lit up, and its depths revealed. Conflating the mythic with the miniscule has become my strategy for piercing Woolf’s veil.”    Lucas Hnath 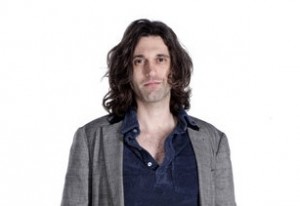 Lucas Hnath is one of the most promising voices in contemporary US theater. His other plays include Death Tax, NightNight, A Public Reading of an Unproduced Screenplay about the Death of Walt Disney , Red Speedo and The Christians. A resident playwright at New Dramatists since 2011, Lucas Hnath has enjoyed playwriting residencies with The Royal Court Theatre, London and 24Seven Lab, New York. He is a two-time winner of the Alfred P. Sloan Foundation Grant for his feature-length screenplays, The Painting, the Machine and the Apple and Still Life. He received both his BFA and MFA from NYU’s Department of Dramatic Writing and is a lecturer in NYU’s Expository Writing Program.

Isaac’s Eye is part five of Science&Theatre, a collaboration of English Theatre Berlin | International Performing Arts Center with Prof. Dr. Regine Hengge (Institute for Biology/Microbiology at the Humboldt University Berlin) and her team of young scientists.