A staged reading of a new science play by Deborah Zoe Laufer about identity, representation and the answer to the question of who owns the rights to genetic knowledge.

Jillian, a young geneticist, is thrilled to be able to work with a tribe of Native Americans living in the Grand Canyon. She does tests for the susceptibility to diabetes which is threatening to wipe out the tribe. Her tests reveal no such genetic connection but she does find out other things: for example, that the tribe had originally migrated from Siberia. The tribal council, however, had not given its consent for those additional tests to be conducted: Siberia? The tribe’s origin myth clearly roots them in the Grand Canyon. The council threatens to sue the university if the results are published …

At home, Jillian has to confront her own genetic disposition: She knows that she inherited a gene variant clearly related to Alzheimer’s. Should she do tests on her daughter to find out if she has it, too? Her husband clearly says NO!

Deborah Zoe Laufer: “One of the questions the play asks is, ‘Now that we can know the story of our past and perhaps the story of our future through our genome, well, who are we?’ Are we our stories? Are we our genome? Are we our memories, our tribe, our race? What defines us?” – “A friend sent me the New York Times article about the court case between the Havasupai Native Americans, who live on the floor of the Grand Canyon, and Arizona State University. I learned subsequently that it was a landmark case concerning informed consent, and has changed the laws about what needs to be specified in consent forms for scientific research on human subjects. But what fascinated me at first was the clash of cultures, and the intersection of science and religion. And learning more about the genome, I realized questions of identity are much more complicated than we once thought.“ 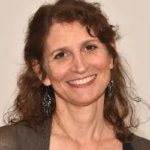 Deborah Zoe Laufer grew up in Liberty, New York. She attended State University of New York at Purchase and Juilliard School in New York City, where she graduated from the Lila Acheson Wallace American Playwrights Program in 2000, and was also the playwright-in-residence. Her works have been produced at Ensemble Studio Theatre, Steppenwolf Theatre Company, Cincinnati Playhouse in the Park, Actor’s Theatre of Louisville, Portland Stage and eighty other theaters around the country, in Germany, Russia and Canada. Her plays include The Last Schwartz, Fortune, End Days, Out of Streno, Sirens, Leveling Up, Meta, The Three Sisters of Weehawken, The Gulf of Westchester, Miniatures, and Random Acts.

Deborah’s notable awards include the Helen Merrill Playwriting Award in 2009 and a Lilly Award in 2010. She is also a two-time recipient of the LeCompte du Nouy Award from The Lincoln Center Foundation. In 2008, End Days won the American Theatre Critics Association Steinberg citation.

The reading is part of ETB | IPAC’s SCIENCE & THEATRE series.