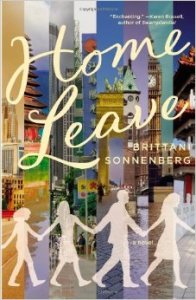 Chris Kriegstein is a man on the move, with a global career that catapults his family across North America, Europe, and Asia. For his wife, Elise, the hardship of chronic relocation is soothed by the allure of reinvention. Over the years, Elise shape-shifts: once a secretive Southern Baptist, she finds herself becoming a seasoned expat in Shanghai, an unapologetic adulterer in Thailand, and, finally, a renowned interior decorator in Madison. But it’s the Kriegstein daughters, Leah and Sophie, who face the most tumult. Fiercely protective of each other–but also fiercely competitive–the two sisters long for stability in an ever-changing environment. With each new move, the girls find they can count on only one thing: the consoling, confounding presence of each other. When the family suffers an unimaginable loss, they can’t help but wonder: Was it meant to be, or did one decision change their lives forever? And what does it mean when home is everywhere and nowhere at the same time? With humor and heart, Brittani Sonnenberg chases this wildly loveable family through the excitement and anguish of their adventures around the world.

Brittani Sonnenberg has an MFA from the University of Michigan and lives in Berlin, where she is a frequent contributor to Berlin Stories on NPR. She is currently a visiting lecturer at the MFA program of the University of Hong Kong. Her award-winning fiction has been widely published in magazines such as Ploughshares, anthologized in the O’Henry Short Story Prize Series, and received distinguished story recognition by Best American Short Stories. Her non-fiction has been published by Time Magazine, the Associated Press, NPR, Minneapolis Star Tribune, and elsewhere. She studied English literature with a citation in Mandarin Chinese at Harvard University. She was a European Journalism Fellow at Berlin’s Freie Universität from 2009-2010 and served as the editor of the American Academy’s Berlin Journal from 2011-2013. Home Leave is her first novel.

Reading in English only.