based on the short stories by David Foster Wallace 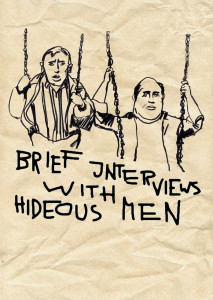 This compilation of dialogues and monologues delves into men´s fear of truly being seen or understood. The loneliness, aggression, and rawness of the characters are laid bare by a series of short interviews conducted by a silent female figure. Movement and visual passages disrupt the text to highlight suppressed motives.

Should we be witnessing this? How is the seemingly harmless partially loaded?

with additional three performances until May 5, 2007

Adapted for the stage and directed by Sarah Lewis