You can hardly overestimate the influence the English language has in German life today: in public spaces, on the street, over the internet and on TV.

But – what influence does English have on the way we live our daily lives? How can Grandma Erna possibly understand what she see in shop windows? Does Coffee To Go really come from Togo? And what about the confusion native English speakers experience when they see words used that apparently are English but which make absolutely no sense to them? 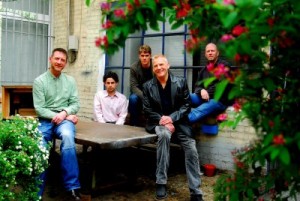 In Other Words by Joshua Crone

The Exam by Joshua S. Horowitz

Hooray for Hollywood by Rich Rubin

with 8 additional performances until Dec 5, 2010

The competition was curated by Jon Edward Jordan