November 9, 2014 marks a quarter of a century, twenty-five years since the Berlin Wall came down, bringing with it the end of the Cold War, a new era of late capitalism and the reunification of both Germany and Berlin.

English Theatre Berlin | International Performing Arts Center will dedicate the second  half of its 2014 season to examining the events of November 9, 1989 and everything after using the US playwright Charles Mee’s Berlin Circle, a play that takes place on November 9, 1989, as our point of departure.

Charles Mee has made a name for himself in the United States for the last three decades as a proponent of collage-based writing, incorporating texts from a wide variety of sources into his own. Accordingly, Mee offers all of his work for free on his website, providing that those work with his texts the same way he works with the text of others, as a starting point for something completely new.

In this spirit, we have commissioned two of Berlin’s most exciting international freie Szene groups, Sisyphos, der Flugelefant (SdF) and copy & waste, to devise brand-new, site-specific performance pieces as a response to Mee’s play, which, in turn, was influenced heavily by The Chalk Circle (Huilan ji), a Chinese zaju play by Li Qianfu written in the Yuan Dynasty (1271-1368), that inspired Klabund and later Brecht.

The project begins with The Berlin Circle Audio Walk, a performance tour in August in collaboration with the B_Tour Festival, the international art festival of guided tours. ETB | IPAC’s Producing Artistic Director, Daniel Brunet, will offer a guided tour of three of the real locations of Mee’s Berlin Circle, the Berliner Ensemble, Checkpoint Charlie and the Pergamon Museum. In addition to ruminations on the past, present and future of these places in the Hauptstadt, each stop on the tour will feature dialog from the play in the form of recorded binaural audio.

The Berlin Circle Audio Walk will also be offered before the respective premieres of We Are the Play by Sisyphos, der Flugelefant (SdF) and Nasty Peace by copy & waste, along with a scenic presentation Mee’s complete urtext, Berlin Circle, at ETB | IPAC.

And before that, you can read the entire play for yourself right here! 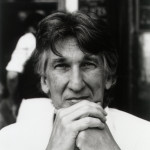 Charles Mee has written Big Love and True Love and First Love, bobrauschenbergamerica and Hotel Cassiopeia, Orestes 2.0 and Trojan Women A Love Story, and Summertime and Wintertime among other plays–all of them available on the internet at www.charlesmee.org, and, as a free iPhone app at the iPhone app store. He was honored with a full season of his plays at the Signature Theatre. Among other awards, he is the recipient of the gold medal for lifetime achievement in drama from the American Academy of Arts and Letters, and of the Richard B. Fisher Award. He is also the author of a number of books of history, and the former Editor-in-Chief of Horizon magazine, a magazine of history, art, literature, and the fine arts. His work is made possible by the support of Richard B. Fisher and Jeanne Donovan Fisher.