The 2020 Expo: A Showcase of Wahlberliner

A JOURNEY OF DISCOVERY
This format and is dedicated to newcomers, shorter performances and work-in-progress. This year, we are offering four performances over two evenings. 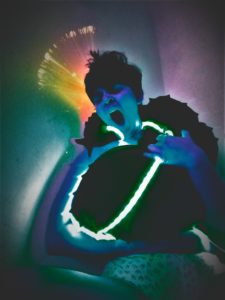 In the not-so-distant future, when interplanetary travel, collaboration and governance is the established order of the day, a young woman on Earth, turning 30, decides to fill the emotional void in her single life by taking part in the intergalactic adoption scheme and becoming a single mom. The catch – her newborn adoptee is a gigantic extraterrestrial child who Earth-dwellers would simply refuse to accept. As they grow old together, mother and child find tenuous ways of communicating, loving, caring and intimacy that take the world by shock and raise violent alarm bells everywhere from the Kita to the playground, until a terrified neighbor calls the authorities.

This is the story of a young single mom trying to save her special-needs-child from being taken away by the intergalactic child services, all the while attempting to love someone who does not fit into the human definition of “lovable”. 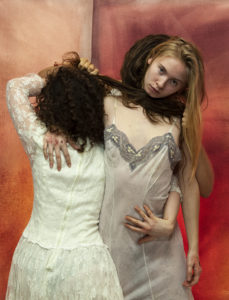 Sitting in a darkened movie theater, hunched up, limbs knotted, hands over faces, three friends wonder how it is that they happen to be seeing yet another horror movie together. It’s that fine, intriguing line between fear-horror-pleasure. This shared visceral experience also raises questions: what’s up with women in horror films? All those beautified helpless victims and sirens with dark powers. Who created them and through whose eyes are we watching? How do we connect, and to what, when these female archetypes bleed across the screen? An unlikely and frightening adventure ensues.

The Horror Woman a.k.a too dark … too sweet … too dead? is a dance horror piece, exploring feminine archetypes and expressions of femininity in horror, the female gaze in horror as well as the translation and transitions between cinematic and stage languages.

The Horror Woman a.k.a. too dark … too sweet … too dead? was developed with support from ADA Studios and Theaterhaus Berlin Mitte.

Our online ticket provider charges an additional 1.50 € advance ticket fee per ticket plus a 2 € service fee per order