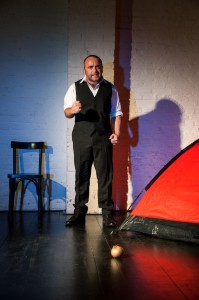 Our production of Nick Hornby´s NippleJesus received an invitation to be part of this year´s WEST CORK FIT-UP THEATRE FESTIVAL, a performing arts festival that tours along the coast of South West Ireland including a few small islands right off the coast. Jesse Inman will give six performances of NippleJesus between August 4th and 9th in places like Bere Island or Ballydehob. If you´re enjoying your summer vacation in Ireland here is a chance to catch the show if you missed it in Berlin. Check out the festival´s calender HERE.