as you are now so once were we

Winner of the 2010 Dublin Fringe Festival Prize for Best Production

A kind of new Ulysses. Without Bloom and the rest. But with The Company and the audience in an imaginary landscape called As you are now so once were we.

The Company reads James Joyce´s classic Ulysses as a text about those things that should awaken feelings in us, all in a single place, in a city, in a scene that we’re all a part of. This place doesn’t need any geographical coordinates – it deals much more with a vague feeling of belonging. It’s about a state of being, a hunch, an impression. An impossible story, in fact, not even a story at all, but instead a feeling, an idea, a belief that manages to be personal and universal at the same time. 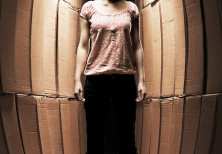 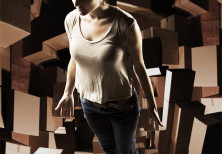 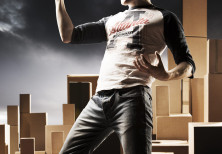 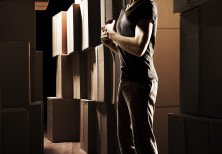 As you are now so once were we is not a piece of theatre about something – it’s about a day where nothing special happens, a day that all of us experience differently, the most everyday of all days.

“The attempt to collectively create a performance is turned into the production itself. The enthusiasm, the effort, the battle of wills and personalities is held up for us to see … The performers deliver with a cool, informal style, although the material is clearly practiced. Words, however, seem less important than form, and new ideas are conveyed through experimenting with boxes of all shapes and sizes. As the stories unfold, the boxes become buildings, restaurants, tables and theatres, and the collective constructs the city as members’ please. They find meaning in the city and in their art by conjuring and collapsing both before us. The effect is clever and charming.”
The Irish Theatre Magazine

Known for a unique blend of precisely choreographed movement with fundamental questions about identity and modern society, The Company’s work has been awarded a major commission by the prestigious National Theatre of Ireland, The Abbey, and won the coveted “Best Production” award at the 2010 Absolut Dublin Fringe Festival and the “Spirit of the Fringe Award” at the 2009 Absolut Fringe Festival. Critics have praised their innovative performances throughout the United Kingdom and Ireland, and their international touring includes invitations to Portugal, Romania and most recently the first edition of RADAR L.A. theatre festival.

Founded in 2008, The Company is formed entirely by multi-disciplinary performers. It is multi-national, multicultural and influenced by multiple art forms. Its desire is to renew the meaning of theatricality, creating work that is relevant to a contemporary audience.

The Company has recently finished its first international tour with a major funding award from the Irish Government’s Imagine Ireland Program, a project of the government’s Culture Ireland Office.

The Company are part of Project CATALYST, an initiative of Project Arts Centre, Dublin