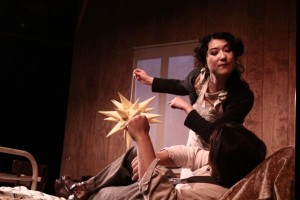 La Bohème in New York 1910 and Berlin 2010 – two metropolitan cities in different eras, both the focus of immigration of young people, who left their home to find a better life.

It´s Christmas time, the season of family, joy and giving. But how do you feel when your family is far away? And money is so tight you cannot even buy a gift for your loved one?

The touching story of celebrated American writer O. Henry about Della and Jim, two young and penniless lovers in New York, was turned into a chamber opera by San Francisco-based composer David Conte.

Berlin International Opera stages the German premiere of this new romantic opera and links it with the sometimes bleak reality of the lives of foreign artists in Berlin, who came to this city, attracted by its wide range of possibilities.

With humour, sensitivity and freshness, the production investigates the co-relation between fantasy and reality, life on and off stage in a foreign place. Sung and performed by singers of different ethnic and national backgrounds – and documentated on film at authentic locations in Berlin. 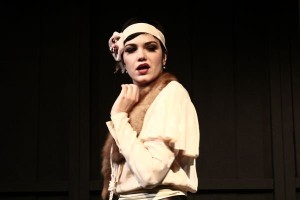 “Berlin in winter is a harsh place to be. Being far from home and family in the season of giving and sharing, can make you even more aware of how alone you are.” (Lauren Lee American soprano)

Della and Jim made an oath not to give each other anything for Christmas this year. Yet both have very different plans….

“I have related to you the chronicle of two foolish children in a flat who most unwisely sacrificed for each other the greatest treasures of their house. But let it be said that of all who give gifts these two were the wisest. They are the magi.” (O. Henry: The Gift of the Magi)

with 7 additional performances until Jan 6, 2011

based on a short story by O. Henry