What languages does Berlin write in? For the PARATAXE series, Berlin authors, who write in languages other than German, will be introduced in discussions, readings and translations. This time with Kinga Tóth (Hungary) and Elnathan John (Nigeria).

Kinga Tóth was born in Sárvár, Hungary in 1983. She is a linguist, teaches German language and literature, works as a communications specialist and is an editor at the art magazine Palócföld. Tóth describes herself as a (sound)poet and illustrator. In addition she is the songwriter and lead singer of the Tóth Kína Hegyfalu project as well as a board member of the József Attila Circle for young writers and an active member of several projects and associations. Her articles have been published in magazines and websites like Palócföld, Prae.hu, Pluralica, Árgus, Irodalmi Jelen and Irodalmi Szemle. Tóth is a participant in the exchange program for authors between the Akademie Schloss Solitude and young Hungarian writers in Budapest. Her publications include Zsúr (Party) (2013) and All Machine (2014). Currently she is working on her newest book The Moonlight Faces.

Elnathan John is a writer and lawyer living in spaces between in Nigeria and Germany. Mostly. His works have appeared in Hazlitt, Per Contra, Le Monde Diplomatique, FT and the Caine Prize for African Writing Anthology 2013, 2014, 2015 and 2016. He writes weekly political satire for the Nigerian newspaper Daily Trust on Sunday (and any other publication that PAYS him). Unless you are The New Yorker, he considers it violence of unimaginable proportions to ask him to write for free. He has never won anything.
This record was almost disrupted by the Caine Prize when they accidentally allowed his story on the shortlist in 2013 and again in 2015. Of course, both times, he did not win. He has been shortlisted and longlisted for a few other prizes, but he is content with his position as a serial finalist. It is kind of like being a best man at a wedding – you get to attend the ceremony but you can get drunk, sneak off and hook up without anyone noticing because, after all, you are not the groom. In 2008, after being lied to by friends and admirers about the quality of his work, he hastily self-published an embarrassing collection of short stories which has thankfully gone out of print. He hopes to never repeat that foolish mistake. His novel Born On A Tuesday was published in Nigeria (in 2015), the UK and the US (in 2016) and in Germany (in 2017). 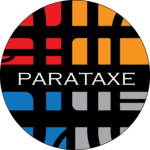 Tickets are only available at the box office on the night of the reading; binding reservations can be made by sending an email to tickets (at) etberlin.de