“Dear performer. I want to show you something. Did you know, in Farsi my name is written like this:  ‘.ROUPNAMIELOS MISSAN si eman yM’ ? Did you know ‘Nassim’ means ‘breeze’ in Farsi?”

From Berlin-based Iranian playwright Nassim Soleimanpour comes an audacious theatrical experiment that explores the power of language to unite us in unknown, uncertain times.

No rehearsals. No preparation. Just a sealed envelope and an actor reading a script for the first time. Plus some tomatoes.

WINNER of the Fringe First Award at Edinburgh Fringe 2017 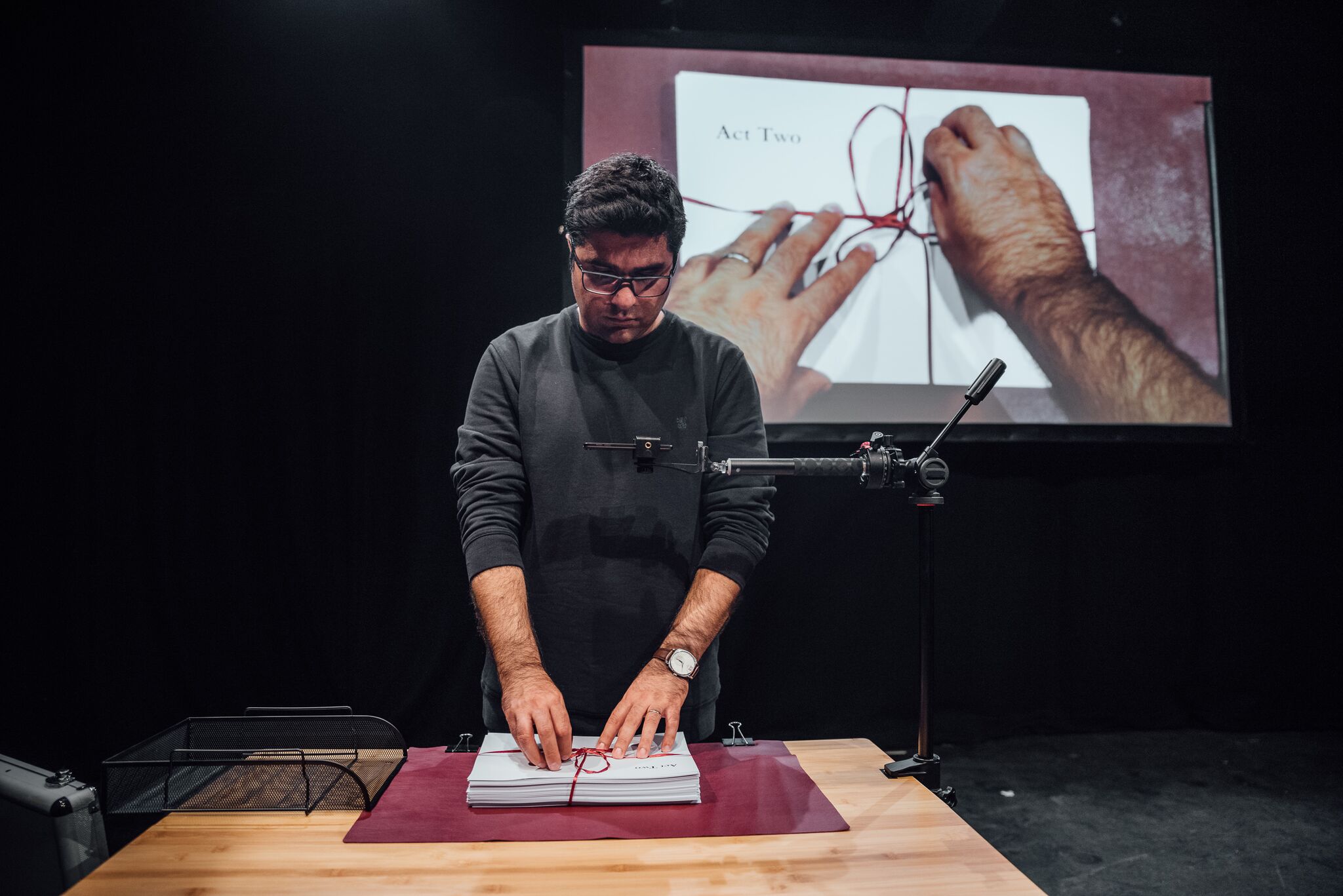 NASSIM  will feature a different performer every night:

Written and performed by Nassim Soleimanpour

Nassim was produced by the Bush Theatre, London and opened at the Edinburgh Fringe Festival at the Traverse Theatre on August 3, 2017.