Over the years, IMPRO has become one of the largest and one of the most important festivals of its kind in Europe.

In 2015 as well, Die Gorillas have invited improv artists from 13 different countries to improvise together. The 14th edition of IMPRO will be held from March 13-22, 2015 and once again, we are delighted to serve as one of the festival’s hubs and bring you three different shows, including a very special event: the festival ensemble will improvise the story of a Berlin family from the 1920s to the present over six consecutive nights: The Hoffmanns – A Berlin Family Story. A different year in the family story will be presented each night. 1925 will be followed by 1937, 1955, 1970, 1990 and end in the year 2015. The audience will accompany a Berlin family on a very special journey through time over multiple generations. Even Die Gorillas are excited to see how this improvised family saga will turn out!

Saturday, March 14 | 8pm
The National Theatre of the World: The SCript Tease Project

Naomi Snieckus of The National Theatre of the World from Toronto has been taking Berlin audiences by storm since her first shows at IMPRO 2012 – not only with her precise, powerful, imaginative acting, but also with her varied theatrical forms of expression. For the SCript Tease Project, a playwright will write the first lines of dialogue for her and one actor from the festival cast. Live in front of the audience they will open an envelope whose content is foreign to them, read the beginning of a play which was written for them and improvise the entire play for the rest of the evening. 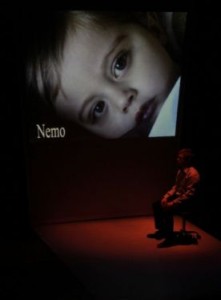 This is the first scripted, non-improvised theater performance that we’ve ever presented during the 14 years of our festival – the focus of this solo is the very international family history of Marko Mayerl of Strasbourg, whose ancestors are from Finland, Germany, Russia and France. A father tells his son who is in hospital the story of their family. It’s an odyssey spanning several European epochs which makes the son forget that he is seriously ill. A Finnish woman marries a Russian, who defies his father’s wish for him to become an orthodox priest. A Frenchwoman, pregnant with her first child, marries a pilot of the German air force while World War II is raging. This autobiographical play, full of tenderness and humor, prompts us to take a look at how we deal with our own family history. Which part of our heritage is acceptable for us to take on, which part do we reject and why?

The name is a given: the Hoffmanns. The place: Berlin. The time: between 1925 and today. Improvising the story of this family, that’s the big challenge for the cast of IMPRO 2015. For the first time, our festival will present a continuous improvisation spanning six nights, supported by the intellectual assistance of the audience. Mignon Remé (Hamburg), Randy Dixon (USA) and Naomi Snieckus (Canada) will each be the director of two nights, Dan Richter (Berlin) will chronicle what’s happening on stage and make sure everyone is on the same page. Join us for this amazing experiment which further explores the possibilities of improvised theater.

Book your tickets for all shows directly at the festival homepage ! 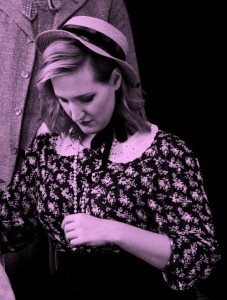