When Grammy-winner Marc Cohn first saw her perform, he called himself “an instant Gillian Grassie fan,” observing, “it’s rare to hear a young singer with such control and understated soulfulness, and even more rare to hear a harp provide such a deep percussive groove. I was immediately captivated by her sound.” Traveling the world with her harp on her back and her heart on her sleeve, Gillian’s music challenges the conventions of her instrument and showcases a knack for “turning seemingly insignificant events […] into songs worthy of everyone’s attention,” (Origivation Magazine).

Her innovative use of the harp, expressive vocals, and sophisticated but accessible songwriting have earned her grants from the Thomas J. Watson Foundation and the U.S. State Department, a slew of awards, and the fervent support of her fans, who collectively funded Grassie’s second album, The Hinterhaus, produced by Todd Sickafoose (Andrew Bird, Ani DiFranco, Erin McKeown, Anaïs Mitchell). Grassie graduated cum laude from Bryn Mawr College with a degree in Comparative Literature. A natural storyteller, her music is often inspired by literary works and has been featured on radio, film, and television. She has toured across North America, South America, Europe, and Asia at performances ranging from a moving train in Mumbai, to a private gala for HRH Prince Albert of Monaco, to an opening slot for Amanda Palmer and a sold out club in Siberia.

One fan described her as “an awesome combination of Pippi Longstocking, drinking buddy and the Mata Hari. Trust me, you never saw anything like this.” A Philadelphia native, she currently hangs her hat in Berlin. 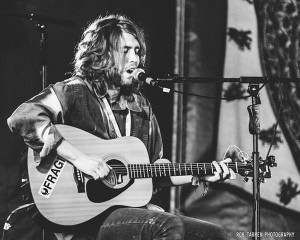 Hannes Maschado is a 27 years old singer/songwriter born and raised in Sweden, based in Berlin. His music is best described as “Scandinavian Blues”- rooted in traditional African-American folk with clear, typical nordic melancholic themes and lyrics.”