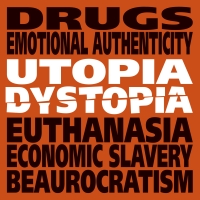 What will life be like for children being born today? Will they see Prenzlauer Berg become a gated community? Will Mandela’s legacy cause South Africa to be the new model for civilization?

Will genetically modified tomatoes officially become animals and start appearing in zoos? Will our technological fetishes ever actually save us more time than they cost us?

The Connection by Joshua Crone

with 8 additional performances until March 21, 2011

The 2011 competition was curated by Jon Edward Jordan